Career as a Scriptwriter

A scriptwriter is a creative writer who works along with story writers, directors, and producers to write scripts for films, TV shows, commercial films, or theatre production. The job as a scriptwriter would be involved in creating characters, crafting dialogues, and building an engaging and intriguing plot. From writing engaging dialogues to stage directions, a scriptwriter works with every aspect of a script. 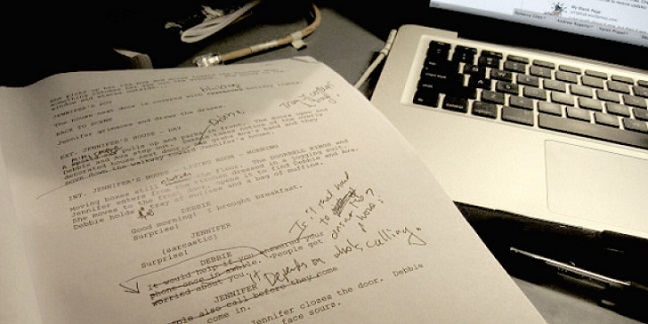 Why become a Scriptwriter?

Are you a multitalented writer? Do you think your write-ups can be the best-selling in the market? Do you have the power to charm people just by using your words? Do you think you can write scripts and dialogues that become everyone’s favourite? Are you looking for a career that lets you fully realize your writing potential? Are you willing to challenge your imaginative and creative thinking power by working for deadlines and projects? If all the answers to the above questions are in affirmative, then a career in scriptwriting can be a great pathway for you.

Boost your skills and prepare for a career in Scriptwriter

Get to know about the earnings you will get for Scriptwriter

to become a Scriptwriter