Home » 5 Things You Should Know: Higher Education in Australia

5 Things You Should Know: Higher Education in Australia 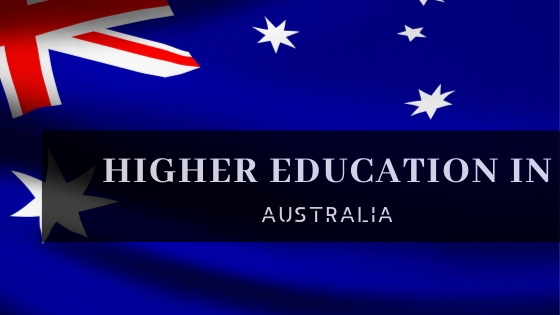 There is nothing like Australia! We Indians have already accepted this tagline of the Australian Tourism Board when it comes to cricket and scenic beauty. Australia shares our love and devotion towards the game of cricket and almost every cricket fan in India cheers for the Australian team when it is not playing against India.

On the other hand, you can find several Indians at any given time of a year relaxing on Bondi Beach or admiring the Opera House in Sydney. But, this is not all, higher education in Australia has also become the most preferred destination among us Indians. Australia has succeeded in earning the trust of students from all around the world and has become the third most preferred education destination for international students.

In the last decade, there has been a steady rise in the number of students enrolling in higher education in Australia. Recently, in September 2014, around 50,000 Indian students enrolled in Australian universities. This is a considerably huge number and it is expected to increase by many folds in the coming years.

According to the research by some international agencies, the number of Indian students going to Australia is predicted to grow 25 to 30% every year. There are many reasons contributing to the rise of Australia as a study destination like its educational excellence, easy immigration laws, Job certainty, etc. Another factor that makes higher education in Australia most preferrable is the similarity in education systems; both India and Australia follow the British education system.

So, if you are planning to pursue your higher education in Australia, then here are 5 things you should know:

On top of it, it is compulsory for an international student to get an Overseas Student Health Cover, which can be very expensive. The following is the average fees for education in Australia. Please note that the figures are average and the fees can differ vastly depending on the course you pursue.

Australian Universities allow the students to work alongside their education to cover their expenses. The student is allowed to work on campus as well as off-campus. The jobs and payments vary according to the nature of the job as well as the students’ expertise. Almost all Australian universities reserve certain on-campus jobs for international students. International students are allowed to work a maximum of 20 hours per week when the session is going on. However, there is no such restriction during the vacation and the student may choose to work fulltime.

Australia offers a plethora of options to international students when it comes to accommodation. The cost of living in Australia is comparatively lower than other international study destinations and a student can even manage to get high-quality accommodation easily. Almost all the universities in Australia have an on-campus housing facility where the priority is given to the first-year students. The students can also rent an apartment with fellow classmates nearby the university. However, this option is best for second-year students.

Australia is a great place for international students because of its cultural diversity and laidback nature. People are generally good in nature and it’s considered safe for international students. The country offers a good living standard and a great platform to shape your dreams. So, if you want to reach your dreams and are looking for place from where you can make leap of faith towards success, who can teach how to jump better than the Kangaroos!

1 thought on “5 Things You Should Know: Higher Education in Australia”