Everything You Need to Know: Higher Education in New Zealand6 min read 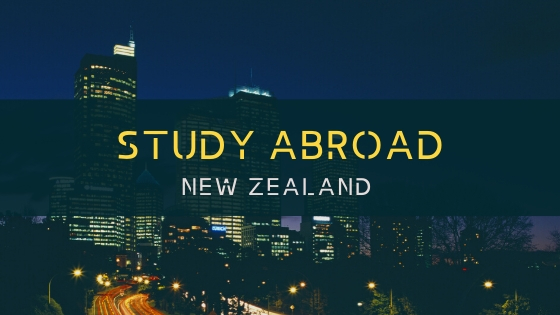 Who could have thought that the cute little ‘Frodo Baggins’ would defeat all-mighty forces and destroy the ‘One Ring’? If you don’t get it yet, I am referring to the movie Lord of the Rings. Don’t worry, this post is not about an apprentice course under the great Gandalf, nor is it about an ode to the Lord of the Rings.

What we aim to talk about here, is the country that gave this movie the picturesque background. Fondly referred to as ‘Heaven on Earth’, New Zealand is a combination of scenic beauty and the amazing Maori culture. Just like Frodo, New Zealand continues to grow stronger as an education destination, and it is already being counted among the best study destinations in the world.

The blend of an internationally accepted education system, lower living and education cost and fantastic immigration laws makes NZ a perfect study destination. Moreover, the current government is on a mission to promote international education in the country.

Lashing the tuition fees, relaxing the immigration norms, providing extensive international student support facility and offering various part-time work options are just some of the changes that the government has made and this has made higher education in New Zealand more popular among the students. The present scenario makes it the best time to head to New Zealand. We can totally understand if these things have got you all excited about studying in NZ. However, here are a few things to dwell on, before you consider studying higher education in New Zealand:

Higher education in New Zealand, as well as doctorate programs, are gaining a global reputation due to its education system and globally-recognized degrees. NZ universities offer a British Based education, which ensures quality education that is applicable globally due to its practical approach.

The university grading system here differs from the credit system used in most of the countries. In NZ, the grading system typically grades students on a letter scale according to their performance. The following table can give you an idea of the scale’s percentage equivalent. In this scale, A+ is the best score while Cis the minimum passing score.

NZ is also home to many leading Universities, which are ranked among the wold’s best educational institutions. Here, we list some top universities for higher education in New Zealand, along with their world ranking:

The course fee and the living cost in New Zealand are the main factors behind the popularity of this country as an education destination. It offers the quality of a British Education for just a fraction of the cost you incur in the USA or the UK. The average tuition fees for undergraduate courses range between NZ$ 18,000 and NZ$ 25,000 per year that is equivalent to INR 7.5 lacs to 10.5 lacs per year.

The government is also trying to attract students by further reducing the tuition fees of individual courses that cater to skill shortage areas. Living in New Zealand is comparatively more economical than in other countries. There are many options available for international students, and the annual living expense can be anywhere between INR 3.5 to 5 lacs.

In a step towards enticing international students, the NZ Government has relaxed immigration norms for international students and further simplified the application process. Looking at the massive inflow of students from India and China, the NZ government has increased its focus on Asian nations. Getting a visa for New Zealand is easier for Indians, with a newly opened Immigration department office in Mumbai, India.

The government has plans to extend its reach to other major cities. The immigration department has also declared that the courses which last less than three months won’t require student visas, however for courses that last longer; a student visa is mandatory. The government also offers a 1-year job search visa to immigrants who have studied in NZ and who wish to apply for employment in their respective fields of study. If you get a job in the field of your education, the work permit and visa is extended for two to three years.

Employment opportunities are probably the most important factors while choosing a study destination. International students not only have to look for job opportunities after finishing the course but also part-time jobs that help supplement living expenses. The small population and quick development process make it easy to find jobs in NZ.

Moreover, the government has also identified certain skill-shortage fields like agriculture, forestry, engineering, construction, health care, social service, business & finance, etc. These skill shortage areas are rather lucrative as there is a constant requirement for well-trained human resources. When it comes to working while studying, there are many on-campus jobs available for international students. They are also allowed to work off-campus for a maximum of 20 hours per week during the session and fulltime during vacations.

“All work and no play makes Jack a dull boy”. If you have heard of the adage and are hoping to stand true to it, NZ is the best possible destination for you. The Kiwi Land has a vast ethnic diversity and also houses the great Maori tribe. The local population is rather friendly and quite easy-going.

The three official languages include English, Maori, and New Zealand Sign Language (NZSL). An essential proficiency in English is enough to have a social life. If you have a knack for adventure, your college life will be fantastic in NZ. Cliff diving, bungee jumping, river rafting, snorkeling, and mountain climbing are part of college life.

NZ is an amazing amalgamation of education, culture, natural beauty, tranquillity, and stability. New Zealand can offer you an excellent education, and chances are, you will have the best time of your life while you study.