Career as a Robotics and Automation Engineer

As a Robotics and Automation Engineer, you will be researching, designing, developing, testing and manufacturing or installing robots, robotic automation systems or applications, and automated machines such as the humanoid robots Sophia and ASIMO, IP Soft’s artificial helpdesk assistant Amelia, and the Da Vinci surgical system. Robots can have multiple application - from a robot which cleans and mops the floors of your house and a robot which can talk with you to give company to a robot which can be sent into a burning house to put out the flames and a robot which can carry out medical surgeries - the possibilities are enormous. 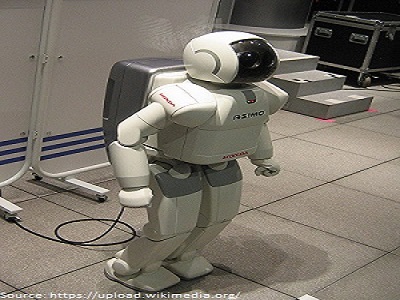 Why become a Robotics and Automation Engineer?

Well, we might already be using robots or robotic automation systems or we may soon have a chance. You might have already interacted with a chatbot on a company's web platform, right? There's no robot like Sophia sitting at a desk somewhere far to chat with you surely but there is a software code which is automating the chat. This is an example of robotic automation although a chatbot is a basic level of robotic automation. But if you are enthusiastic, you might just watch a video on youtube on how cars like BMW and Ferrari are manufactured. Watch a large number of robotic machines or various sizes assembling car components, setting up car engines, painting the cars, and many other works which are otherwise hazardous for humans or it is difficult. Or maybe by using robots, chances of human errors are eliminated. How do you develop a career in making these robots and robotic automation systems? Read on to find more.

Class 10 all subjects as per scheme of studies – Class 11-12 Physics, Chemistry, Mathematics along with any other subject as per scheme of studies – Undergraduate degree in Robotics, Mechanical, Electronics, Electrical or Mechatronics Engineering or similar- Post graduation degree in Robotics,Mechatronics, Mechanical, Electronics, Electrical, Computer Engineering or similar fields

Search for scholarships & financial aids for Robotics and Automation Engineer

to become a Robotics and Automation Engineer