Career as a Cinematographer

A cinematographer works along with directors and camera operators to give films, and other visual mediums like TV shows, videos, films, documentaries etc their own unique style. As a Cinematographer you would be dealing with a lot of technical aspects of the images such as making sure the lighting is perfect for a shot, what kind of lenses would be needed, how would the composition of a shot take place, how much of exposure would be adequate for the shot, types of filters that would be used, among many others aspects. Also called Directors of Photography, Cinematographers are responsible for supervising and guiding the camera, lighting and grip crew on the set of a movie, commercial advertisement film, television series, web series, and other similar audio-visual productions. 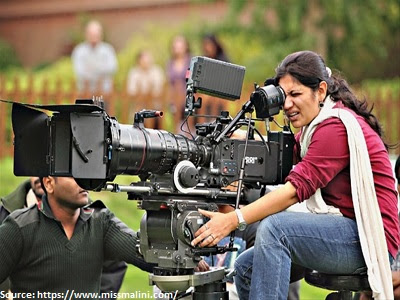 Why become a Cinematographer?

Are you in love with cinema? Do you sort of eat, pray, love, and sleep cinema? Do you love watching commercial advertising films on television and on Youtube or Facebook? Do you feel fascinated by the films such as Baahubali and Bajirao Mastani which keep viewers almost glued to the screen with stunning visuals, the play of lighting, colors of the ambience, and so on? Are you fond of photography too? Do you own or use a good DSLR camera? Do you already know about various lenses, filters, exposure, focus, etc.? Or are you looking to learn photography seriously and video photography too? Or are you already shooting HD videos using your i phone or a good android phone? Want to look into a career in cinema so that you do something which you love?

Boost your skills and prepare for a career in Cinematographer

Get to know about the earnings you will get for Cinematographer

to become a Cinematographer