Career as a Journalist

Journalists work with major newspapers, magazines, television news channels, newswire agencies (such as Reuters, ANI), websites, radio stations, periodical publishers operating in both online and print media spaces. They source, collect, observe, analyse, write and present news or other features to different readers or viewers such as newspaper readers, website readers, radio channel listeners, and television viewers. They often collect news of an incident, event or situation on the spot or collect news item to present by selecting from among the various newsfeed coming from a newswire agency such as Reuters and ANI. They may attend press conferences, source news from various websites and get news from press releases by various organisations and Governments. 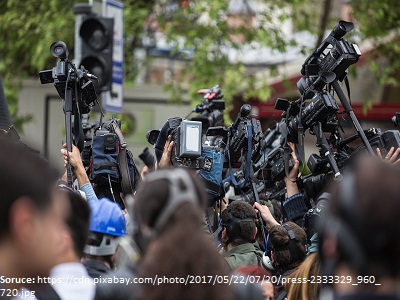 Why become a Journalist?

Are you fond of watching news channels during your free time? Do you also watch various shows on other television shows such as a lifestyle show, music shows, and news based shows? Have you ever fancied being on the other side of the television screen? Do you sometimes scroll through news apps and read news based blogs or other blogs? Are you fond of writing? Have you ever tried to know more about how to become a Journalist by asking people/friends about it or tried to Google it? If you are creative, observant, socially active, imaginative, and most importantly, persevering, then explore to find out what Journalists do, how they do it and how to become a Journalist.

Boost your skills and prepare for a career in Journalist

Get to know about the earnings you will get for Journalist

to become a Journalist