Sound Engineers/ Audio Engineers either work companies involved in the creative media industries which include films, television, music, radio, etc. or they work with electronics companies which develop and manufacture various types of sound equipment - from microphones, headphones, and speakers to high end music systems, music processors, amplifiers, AV Receivers, car audio systems, public address systems, and musical instruments. Some Sound Engineers may capture, design, and edit background sound of a film, some may work in music recording studios, some may work with music bands and theatre companies to record, edit, and produce sounds of live concerts and shows, while some other Sound/ Audio Engineers may work to design and develop amplifiers, AV receivers, headphones, and speakers for companies like Bose, Yamaha, Marantz, and Sony. 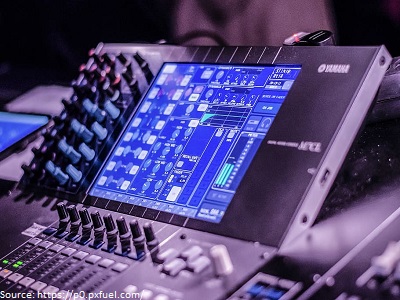 Are you ready to have the tryst with acoustics? Are you fascinated by how your noise canceling earphones negate even the slightest of sounds like the clicks on a keyboard? Would you like to develop new speech-to-text software to build new stenographic robots? How would you like to take a deep dive into the film shooting world where you can record the beauty of natural sounds while on camera? Or maybe recreate the sound of boots stomping across a deserted corridor? Or the synthetic sound of someone knocking on a creaky door recorded in a studio? Or that of glass bottle cracking? These sounds may not have to be recorded while the actual events happen. They can be faux sounds generated from similar sounding objects. These are just few of the marvels of the fascinating realm of sonic wonders. You may be building new audio technology or creatively using one. How about taking a closer look at who Sound Engineers and Audio Engineers are, what they do, how they do it and how to become one.